OUR CAMPSITE IS PROUD TO INTRODUCE YOU ITS REGION

Let us take you on a quick tour of the riches offered by the Languedoc region. From Béziers to Montpellier or from Pézenas to Toulouse, passing through Sète and Carcassonne, a thousand and one mountains and wonders await you.

Actually, our region is rich and varied, which you will really enjoy exploring. You can only really get to know the region after spending some time discovering its countryside, meandering along its paths and beaches and tasting its fine wines and quality meats. Its Mediterranean coast and mountainous hinterland are bathed in sunshine over 300 days a year for your enjoyment, and provide wonderful getaways for families or couples, on horseback or on foot, by bike or by canoe. A historic feat, the Canal du Midi, an immense and incredible project for its time, connects the Mediterranean sea to the Atlantic Ocean. It spans across 240 km (150 miles), weaving its way between Sète and Toulouse where it meets the Garonne river. Its engineer, Pierre Paul Riquet, who was born in Béziers, took almost 20 years to design and build this jewel in the French heritage, now classed as a UNESCO world heritage site.
Take the time to visit the Canal du Midi - wonderfully charming, relaxing and original. Explore it on rollerblades, on horseback, by bike, by barge or simply on foot. Whichever you choose, it will be an ideal way to discover one of the longest canals in France. By adventuring along the Canal du Midi, you will be able to take the time to savour the freshness and beauty of a simple and authentic landscape.
>>More informations An old town dating back 2,700 years, Béziers in the Languedoc owes its foundations to the Neolithic men who settled on the banks of the river Orb in the spot where the actual Bosquet quarter now stands. During the iron age, Béziers was one of the major settlements of Mediterranean Celts. It became an important Roman town by virtue of its strategic position, traversed by the famous ’Via Domitia’, a Roman road linking Spain with Italy. An excellent wine-producing town, Béziers prospered in the 18th century when it became one of the most important centres for the commerce of alcohol, whose rich winegrowers built beautiful residences and châteaux in the wine-growing areas around the town.

The 19th century witnessed the town’s growth and booming wealth. Magnificent buildings in the Haussmann style sprung up at the same time as the arenas, the theatre and the Plateau des Poètes (a stunning English style garden where you can find many species little known in this part of the world). The paths running along the top of the park have fine façades honouring the Allées Paul Riquet, the inventor of the Canal du Midi who was born in the town. You can also visit the imposing St Nazaire Cathedral which overlooks the river Orb and Biterrois plain. The cathedral adjoins Béziers Courthouse, the gardens of which you can visit by passing through the cloister of the cathedral. This historic centre is charming and ideal for a day strolling around, soaking up the culture or doing some shopping.
>> More informations

Like its larger sister town of Béziers, it has existed in the Hérault since Neolithic times. Agde is one of those towns that has a rich and fascinating history and hides many historic and archaeological treasures left behind by our ancestors who settled on the banks of the Hérault. You can admire such treasures at the Ephèbe Museum or the Agathois Museum. Agde became a tourist town in 1970, when the decision was taken to develop a seaside resort at Cap d’Agde, surrounded by the Mediterranean, volcanos and vineyards. In addition to the town’s historic heritage, Agde is also very well known for its naturist quarter which welcomes around 50,000 people each year.
>>More informations Sète is a charming town which has the air of a village named the ‘singular island’ by Paul Valéry. Nestling at the foot of Mont St Clair, between the Mediterranean and the Thau lagoon, Sète’s unique feature is that it is located at the mouth of the Canal du Midi. Sète was therefore made into a port at the request of the Knight of Clerville, and thus became the first port of cooperage in the world thanks to the development of the wine trade. Sète is a traditional town which nurtures its culture and identity. The town’s air must certainly be inspiring if one is to consider the list of distinguished artists born or having lived in Sète such as Paul Valéry, Georges Brassens, Manitas de Plata, Jean Vilar, Yves Rouquette or even the Di Rosa brothers. Sète is also renowned for its nautical jousting tournaments inherited from an ancestral tradition as well as for its local speciality, the Tielle (a sort of octopus pie with spicy tomato sauce).
>>Pour en savoir plus Pézenas nurtures its image as a scenic town. Molière built up his success in Pézenas, which he had chosen as his favourite place to stay. The architecture and the streets of the village are well worth a detour. The centre has been magnificently maintained and renovated. A destination particularly appreciated by the British due to its luxurious charm and refined boutiques, Pézenas has a wealth of buildings and hotels in characteristic architecture. The town is also the birthplace of the singer Boby Lapointe and maintains its tradition as a town of street entertainers and artists, with theatricalised guided tours and numerous art galleries and artists’ workshops. The town also has several unusual museums such as the museum of toys and delights of yesteryear, or the door and wrought iron museum.
>>More informations A breathtaking lake offering a variety of spectacular views, the Salagou lake is the ideal place to take a stroll in harmony with nature or to have a picnic with the family. At the intersection of the Cévennes, the Causses, the Black Mountain and the scrublands of the Languedoc, you’ll discover this majestic lake created in 1969 to irrigate the Salagou valley and reduce the rise in water levels in the Hérault river.
>More informations A booming town, Montpellier is dynamic, and renowned as much for its heritage as for the great scholars and thinkers who settled here throughout the centuries. No other town than Montpellier, capital of the Haut Languedoc, has experienced such rapid growth in France. There are plenty of attractions on offer for children. Do not forget to visit the Mare Nostrum Aquarium, the Amazonian Greenhouse, the Lunaret Zoological Park or the Galileo Planetarium, which will enchant both the young and old. It is a town of culture and a centre of modern western medicine. The monuments and museums are all equally fascinating. Furthermore, Montpellier boasts many achievements. Its faculty of medicine is the oldest school still active in the western world. The Theatre Square (Place de la Comédie), the town’s central hub, is one of the largest pedestrianised areas in Europe. It is also one of the few villages that is home to stringed-instrument makers.
But the best way to appreciate the riches of this dynamic and lively town is to let yourself be swept along by its energy, lose yourself in the quaint little alleyways and discover in its streets the history that made the town.
>>More informations We recommend this website where you can view all activities for families with children in the Montpellier region to spend great days out with the family. Activities are classified into categories, and it is a simple and clear website which will be of great help when seeking ideas to occupy your little ones during the holidays.
>> See the website 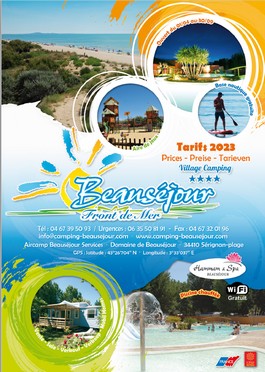 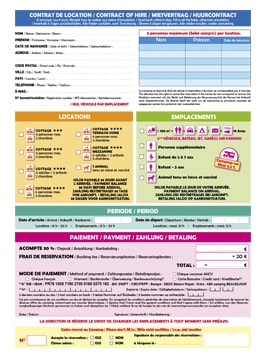 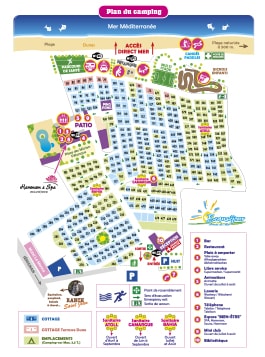